All Collections
Features Overview
Set Up Your Account
Add Your Team

Learn how SHIFT handles user access and permissions, and how to add your team

Written by Marcus Demmon
Updated over a week ago

Every user has a Type, which controls their ability to manage other users on the workspace.

In order for a user to access a project within a given workspace, they must be assigned a role on that project. If a user is not assigned to that project, they will not know that the project exists.

Roles are custom permissions templates created by the Administrator which govern the user's access on that project. Users can have different roles on different projects.

To create a custom role, go to Administration > Roles > Add Role. You will then be able to create unique roles as set below. Every account comes preloaded with 5 default roles based on common usage paths we have seen. However, you are free to create your own: 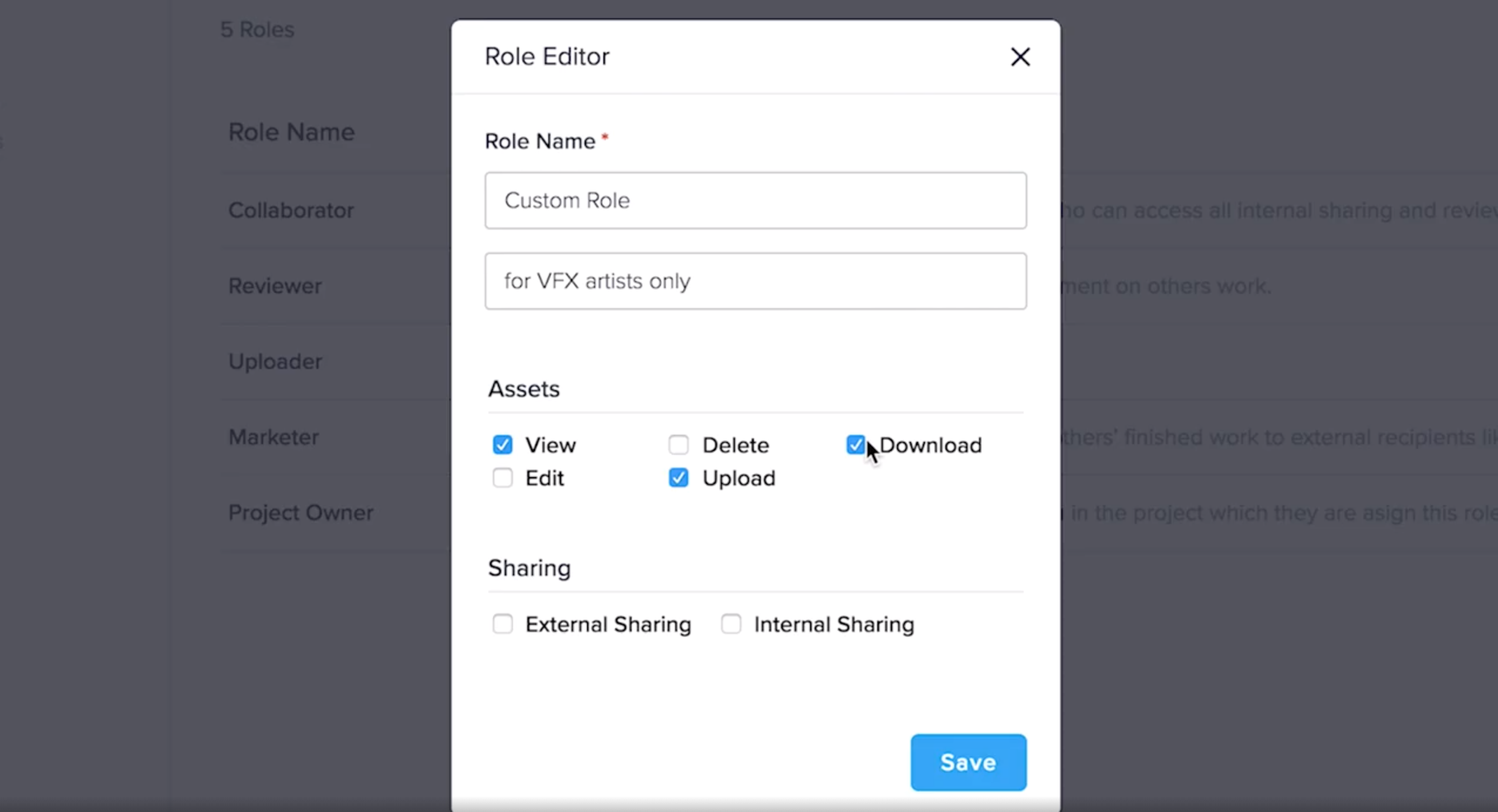 How to Add Users

Only Project Owners and Administrators can add users to the workspace or grant roles.

To add users, select the project you want to add users to, hit the person-plus (+) icon in the upper right, and add your users by entering their email addresses and assigning their roles.

Administrators can also add users to multiple projects simultaneously as seen below.

This same menu can be used to bulk-edit users' roles on projects.

All users are considered Active unless an Administrator sets them to Inactive. Inactive users' information is stored in the system, but they are unable to log in. This is a particularly handy status for users whose project has wrapped but with whom you intend to work again in the future.

Inactive users do not count towards your contract's user limit.

Administrators can bulk-edit users' status from the Actions Menu: 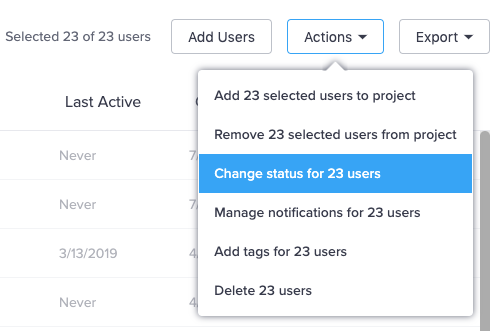 Tagging users allows your Project Owners to easily bulk-add massive numbers of users to a project, and creates an internal distribution list ("tag") that can be entered instead of all users' names when sharing files. This is also set through the Actions Menu. 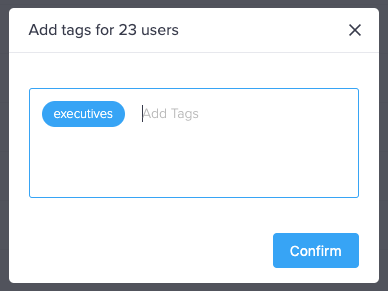 This can be handled by clicking the gear icon on the right and selecting "Remove User" or by bulk-selecting users and choosing "Delete users" from the Actions Menu.

Did this answer your question?